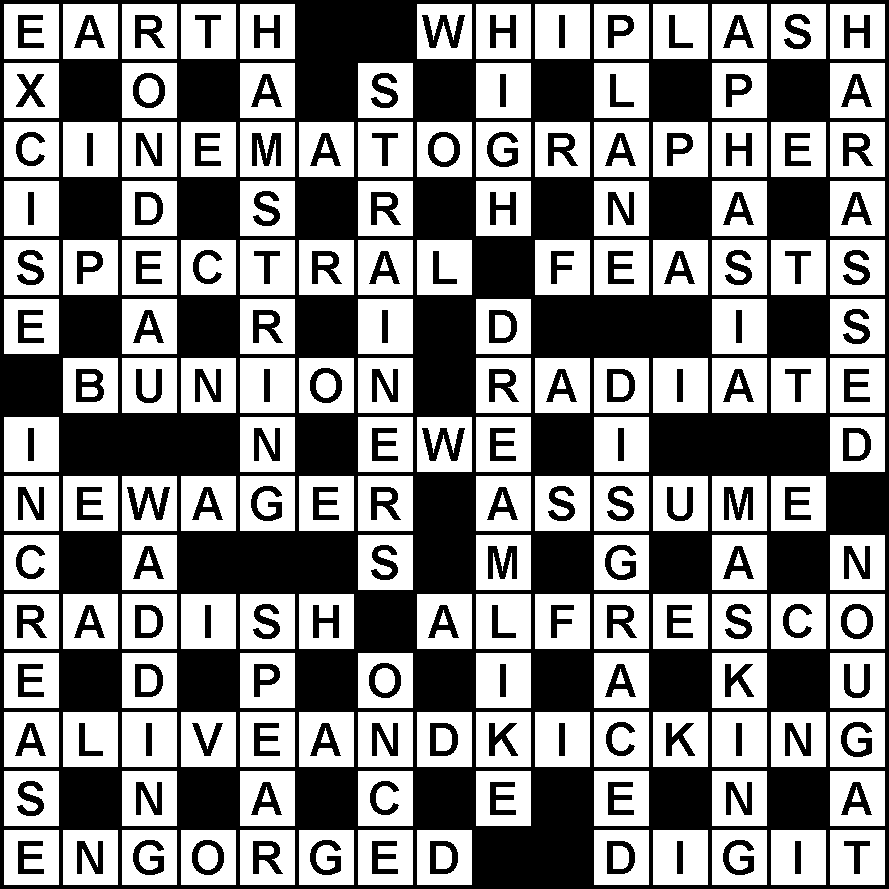 I’m usually scratching around looking for something to talk about each week, but this week’s cryptic comment is a no-brainer. Last week the owners of The Independent newspaper in the UK announced the demise of their printed version at the end of March, putting all their eggs into the digital basket. As soon as this happened, solvers of The Independent’s daily cryptic and their weekly Inquisitor crossword, started speculating as to the future of these crosswords, as the official announcement by the owners made no mention of what will be included in the digital publication. An interesting discussion developed, covering a number of angles including the role the Indy had fostering new setting talent as well as information about the Indy’s past dealings with setters. One thing was clear though, solvers believed the cryptic crosswords should be continued in the new digital format, and as a result a petition was set up on change.org. I’ve signed this petition and urge you to do the same as it’s really important outlets for cryptic crosswords aren’t taken away, especially ones that encourage new setters and employ a staggering 30 setters (according to the best for puzzles website).
I find the whole thing really interesting as this is in some ways what happened to The Stickler, but, in this case, the whole paper is affected at once. The Stickler was cut (and a host of other changes were made that shared more content across metro papers) to reduce costs and I was told at the time it came down the survival of the papers which were suffering from reduced advertising revenue. Here the Indy cryptic may well survive, but don’t count on it, as it will all be about cost. While setters are paid very poorly, syndicated crosswords are much much cheaper, and despite the numerous claims that some people only buy the paper for the crossword, it may not be perceived as enough to make up the revenue difference.
While the arguments for keeping the cryptic are passionate, there are a couple of factors that should be kept in mind. The number of people solving cryptics has been declining for a long time – younger generations are just not getting involved and replacing those leaving us from the older generations. The world has changed, and the solving pastime is not being passed on. Younger people do not read newspapers in any form, and word games tend to be shared among friends and played on the go. The notion that cryptic crosswords translate easily into the digital age is only partially true – there’s strong evidence from my experience that the physical newspaper, bought or delivered daily, is a huge factor in the doing and enjoyment of cryptic crosswords. An online app may well represent exactly the same thing, but there’s no “romance”. Whether it’s an app or a downloadable PDF, it doesn’t matter, it’s not the same thing. Sitting in front of a computer solving an online crossword is the last thing I want to do. Instead of picking up the delivered paper from the front lawn or from a local newsagency, a solver must actively seek out the crossword. Solving online isn’t an option for me as I like to solve at my own pace and usually at my leisure, which means I have to download and print it, and it becomes a loose piece of paper. I go and get it, rather than it coming to me. Older generations aren’t universally tech-savvy, and can be put off by minor things. I constantly have complaints from people not able to find things on my website, which, I believe, is simply constructed in a blog format. Of the many people who solved my crossword in the paper, now only 150 do it each week, and only about half are from The Stickler state, NSW. Cryptics generally require time and a scratchpad of sorts, pen and paper – the online app isn’t the same. A number of people said they had abandoned The Stickler Weekly because they didn’t have access to a printer or didn’t know how to print. Many people in retirement villages simply don’t have access to luxuries like printers.
There’s one big downside to the online world – nothing is missed, everything is logged. Currently the change.org petition has 400 supporters – there’s a real danger that the petition may show there’s not that much support compared to the daily Indy newspaper sales. Also, online editions will definitively show how popular or otherwise the crosswords are, either through the number of subscriptions or website statistics. 13 years ago I helped set up and contributed to Fairfax premium crossword service, which ran for about three years. The numbers just didn’t add up, and it was abandoned. Likewise the SMH/AGE crosswords were available free on the web for a number years but were canned, not to boost the premium service or be replaced by a subscription model, but purely because the cost of providing the service wasn’t matched by the number of people using it.
I really hope the Indy powers-that-be keep the crosswords and include them in the online version of whatever they publish, but I fear if cryptics weren’t already feeling the pinch then the gradual decline of newspapers in print will definitely put a spotlight on the value of cryptics to newspapers.