Posted on February 8, 2017 by David Stickley 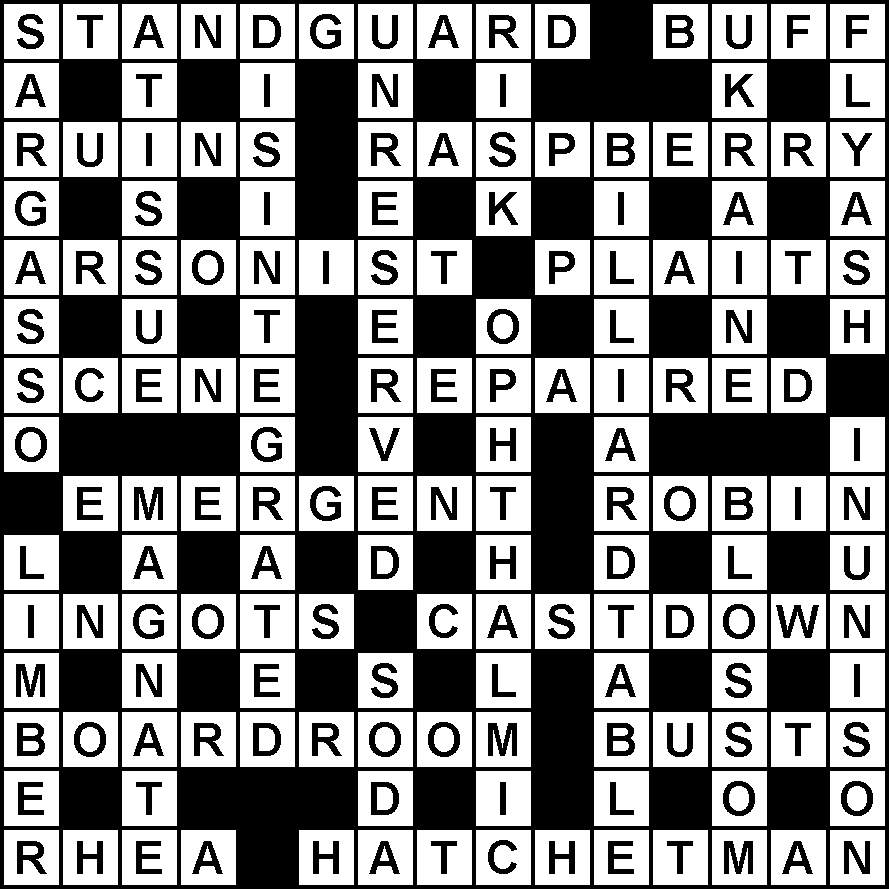 I’m going to try and clear up a couple of things this week. There were some other things, and I’ll happily talk about those as part of this solution post. Just add a reply below.
First, CUT = BURN from Stickler Weekly 163. I have to admit I found only a few references where the two terms, essentially meaning to create a disk containing music or data, are treated as equal. None of major dictionary references specifically equated the two, however there was this entry in the  Chambers Thesaurus (which I think was the one I relied on):
cut v, n
verb
…
9 cut a recording
record, make, tape, tape-record, videotape, burn

(In case you were wondering, the colours used match those in my Chambers Thesaurus software through WordWeb)

Upon further review it seems that this is one of those occasions where one term may be used to replace the other in almost all cases, that is, it is probably ok to say “cut” where “burn” is used (in context) but not the other way round.
In highsight, I don’t believe they have absolute equation and therefore the original clue is faulty.
The second thing I want to clear up is equation of “recognised” (note, not “(something that) is recognised”) and “standard” in the answer to 1 across in this crossword. One of the many tricks crossword setters employ is the use of “word form shift”, that is a word appears to have one word form in the clue (the clue is constructed in sentence form with normal nouns, adjectives etc) but in reality a different word form is used when finding the answer. A word that appears to be a noun actually must be viewed as an adjective, and one that appears to be a verb is actually a noun, and so on. This trickery is all fine as long as the word in the clue doesn’t have words around it that make it a particular class of word. For example, if a clue contained “to run”, and “to” had no role in the clue, then “run” has to be a verb. In the clue in question, “is” is an linking word, and although “recognised” looks to be verbal in nature, it’s actually being used as an adjective, and translates to the adjective “standard”. Thus: “Stickler’s cryptic clueing always uses recognised/standard devices”.
Now, something very important: if the equation doesn’t seem right by applying what appears to be a particular nature of a word, then you are probably missing something and there’s a need to dig a little deeper. Not always that easy, like in this case, as “recognised” doesn’t stand out obviously as an adjective, but worth exploring to feel comfortable with the parsing of a clue. Be assured that with any Stickler cryptic clue, there will ALWAYS be a direct relationship between clue part and answer, and at no time will I require solvers to make assumptions or insert missing components to make things work. It’s simple, if it doesn’t quite work you’ve missed something or I’ve made a flat-out mistake. I can’t say this is the case for all setters, but in general I would call it a rule.

2 Responses to The Stickler Weekly 164 Solution