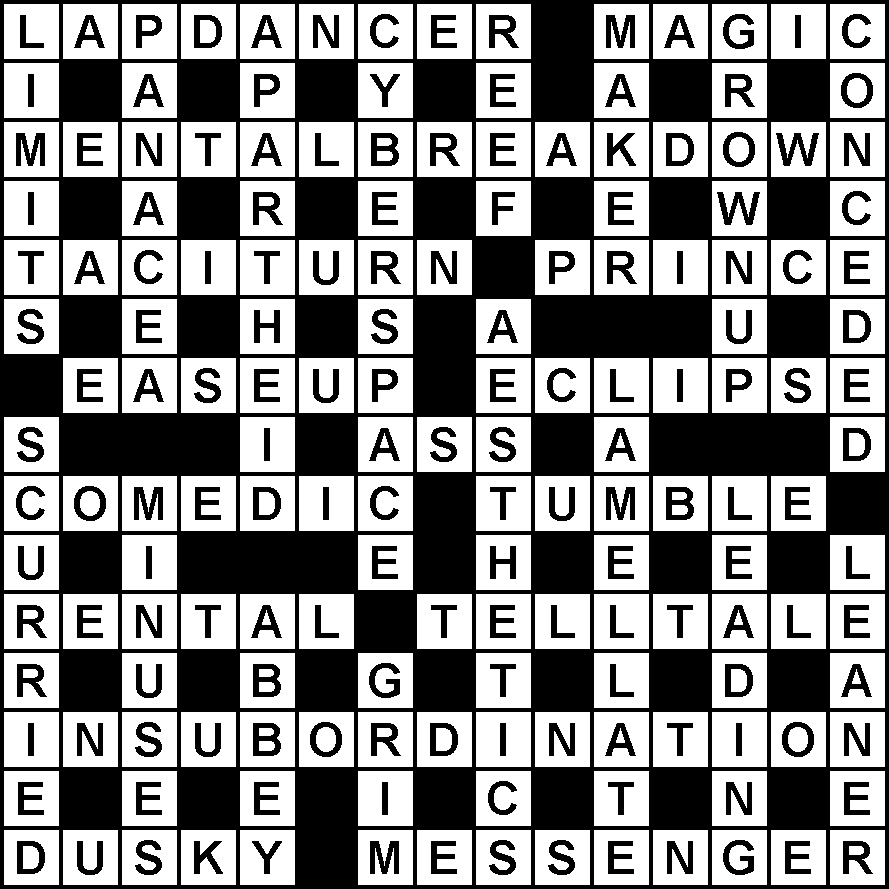 How often have you tried a crossword by a setter you’ve never solved before? If you solve the UK dailies regularly, then new setters pop up occasionally and they, in most cases, will conform to house rules, making their crossword feel largely like the rest. If a newspaper switches setters/puzzles for a weekly puzzle, then there will be a period of adjustment, but generally, barring a very poor replacement, most solvers will get used to the new setter/puzzle and continue on. I think a large number of solvers only solve one crossword a day and always from the same paper. In fact, it may be that solvers never venture beyond this regularity except when forced into it on holiday, for example, or when access isn’t available. Imagine being given a crossword by a “new” setter, that is, one you haven’t solved before. What things would you look at to assess whether it’s worth doing, or worth finishing? I don’t read much but I can always tell by the end of the first chapter of a book whether I’ll keep going: it’s usually not the storyline, but more how the book is written, how it flows and its pace. First impressions are important for a lot of people. In a world with so many options, it’s easy to find a reason to accept or reject to reduce the options. When a new cryptic is presented to me, I may not start the clues if I don’t like the grid. Why? I think you can tell a lot about a setter: their work ethic, attention to detail, knowledge of cryptics/crosswords in general and their view of the solvers, all from the grid. I would define a poor grid as one with a significant number of initials missing and/or, having some answers with less than half of its letters checked and/or having answers with more than two consecutive squares checked and/or having a grid design that doesn’t maximise the space available resulting in a reduction in the number of answers. If any of these pointers are in play in a crossword that doesn’t need such a structure for solving purposes (eg alphabetical jigsaw), then either the setter is being careless, or doesn’t fully understand the setting art or has scant regard for their solvers. The use of EVERY component of a cryptic crossword should be weighed up by a setter. When I see a crossword with just 28 answers and no long ones in a 15×15, I have to wonder if the setter is just making it easy for themselves (a standard grid with no long answers would normally have 32 clues). Such a grid will normally have many initials missing, making it harder, and in some ways offsetting the deficiency of having less clues. I’m not sure I want to solve a setter which such an attitude.
If I can overcome my grid issues, then just a few clues will tell me all I need to know. Clue-writing is such that I can assess where someone is on the setting journey and if they are a mixture of other setters or someone with their own style.

One Response to The Stickler Weekly 105 Solution