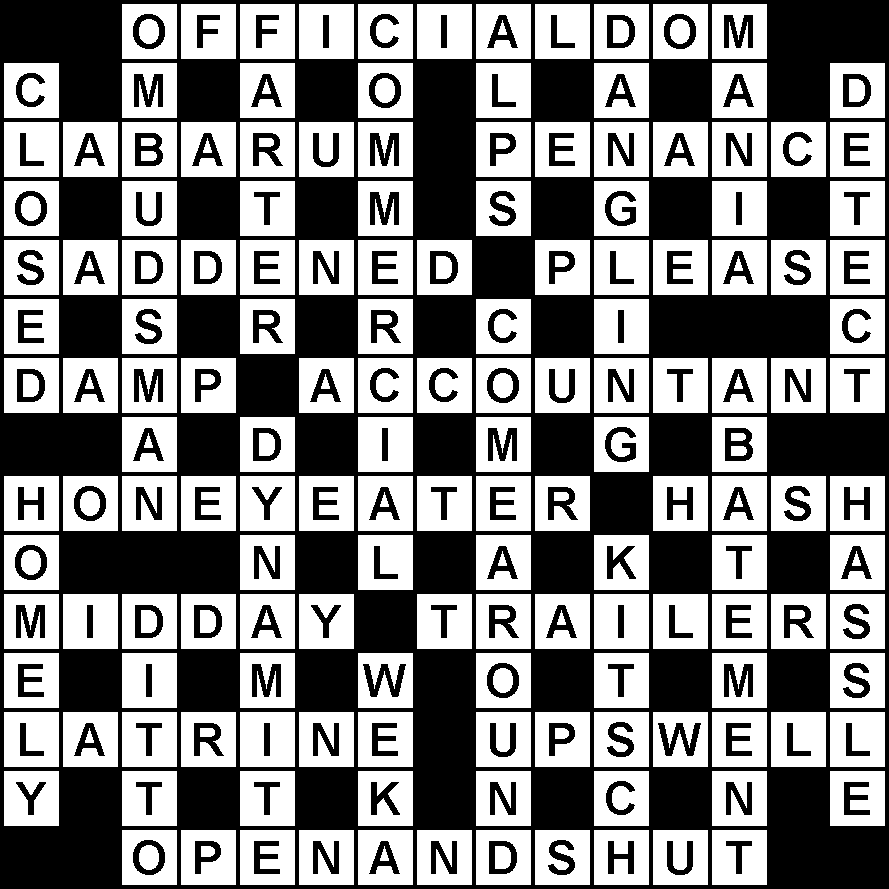 The internet provides a number of forums for those who’d like to write their own cryptic crosswords. Of course, you could always have a go and publish on your own website, but if you feel confident enough and are prepared to open up your work to the solving public at large, then certain sites will give you a publishing opportunity. Try these:
Alberich Crosswords, where you can submit a crossword but there doesn’t seem to be a public feedback mechanism; and Big Dave’s Rookie Corner, where you can get published and receive some great feedback.
Some crossword sites post the odd guest puzzle, not as a matter of routine, but usually to drum up support for a budding setter. A recent posting on David Astle’s blog is one such example.
I honed my skill by joining the Australian Crossword Club, who rely on members to submit puzzles for publication. Members give direct feedback through the monthly magazine, CrOZworld, which gives new setters a chance to learn from a very experienced solving group. Of course, there’s no point using a forum such as this and ignoring comments, especially ones that keep coming up about the same thing, as these solvers are the people a setter is writing for, and the ones that will determine how successful they are. A setter may think they have written a great clue/crossword, but if the solvers don’t agree, then they haven’t, it’s as simple as that.
It’s always important as a newbie setter to establish that you understand the fundamentals of setting before you explore the cryptic boundaries. It’s a respect thing. You’d like to think that those setters who “bend the rules” as a matter of style are also capable of writing a perfectly acceptable bog standard cryptic that could be published anywhere in the world. Some crosswords are so off the mark that you wonder what kind of crosswords the setter is solving/learning from. If a newbie employs non-standard devious devices but can’t get a basic anagram clue right, then is their work worth following?
There’s so much cryptic crossword history if you count time, countries and the number of publications involved, that there is no excuse for a new setter not to have considered the recurring issues that come up in crossword setting. Despite this, comments like this one make me wonder, as the new setter clearly hasn’t formed thier own opinion on a popular device used in their crossword. It’s not a clear-cut issue for a solver (as different setters have different interpretations), but it’s clear as day for a setter. A solver should be able to rely on a particular setter to be consistent when an indicator such as “centre” is used – it should mean the same thing each time it is used, not vary from crossword to crossword or even within the same crossword. Even a term such as “essentially” should be scrutinised so that the setter is 100% happy with using it – use by other setters in published works is not enough to give it a thumbs up – not all setters would use it. My general rule is that what I use should be explainable to a new solver, someone who isn’t tainted by crosswordese and doesn’t just except devices based on past use.

One Response to The Stickler Weekly 118 Solution