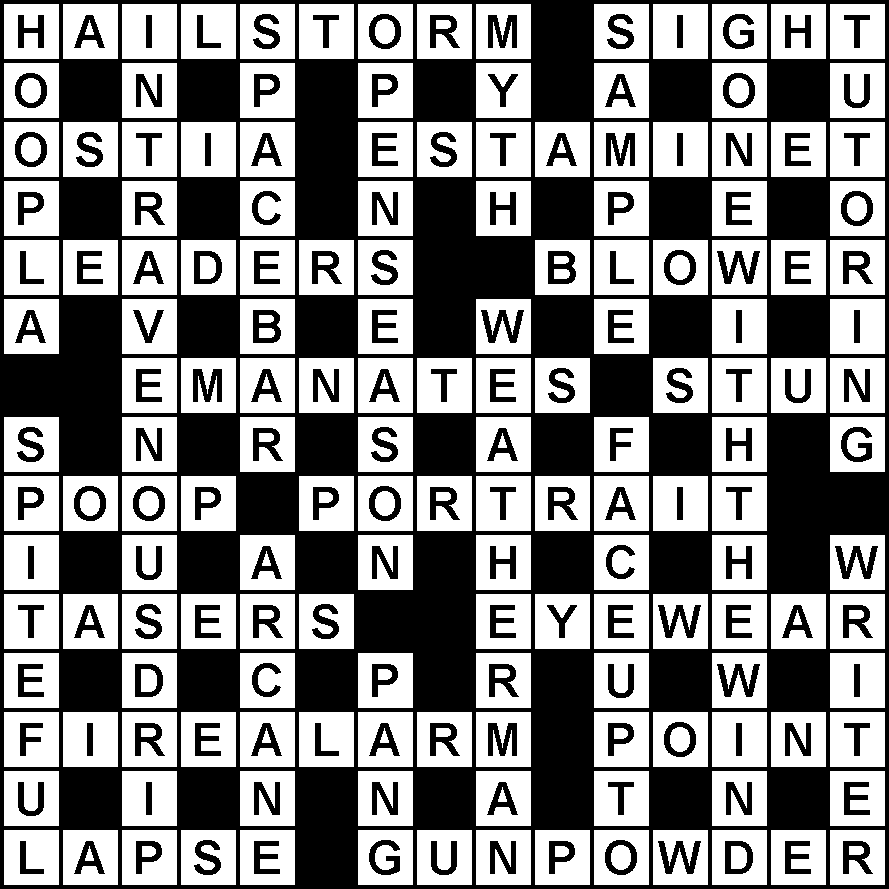 Last week an Australian Financial Review (AFR) cryptic solver, Martin Smith, posted about elements of recent AFR cryptic that he wasn’t happy with. His main beef was the use of unusual or unknown words, causing him to be disappointed by my efforts. It turned out that there were three words, one in each of the last three AFR cryptics that he didn’t know and had failed his test of acceptance, a generic program called spellcheck. I responded privately to the poster, in essence saying that it wasn’t possible to write crosswords at any level with a guarantee that all solvers would know all the answers. In fact, that tended not to matter anyway because thankfully cryptic clues almost always give you two ways to get an answer, and a well-written wordplay can get you there even if you don’t know the word! This was key for me as a teenager doing the Guardian – I didn’t know half the answer words but was still able to nut out the answers. For me, and I suspect, a large number of people, solving from the wordplay alone is a real buzz and one of the joys of being a cryptic solver. As a setter, I know I’ve done my job well if someone says they found the answer through the wordplay and learnt a new word. Two of the three concerned poster’s unusual/unknown words (BISHOPRIC, IGUANODON) are in my concise dictionaries and the other word (CAMELEER) is in all my references. As far as spellcheck goes, it varies from app to app, so it didn’t surprise me to find the word he complained about the most (IGUANODON) passed the MS Word spellcheck on my PC. I’m very careful about the words I use in any puzzle, making sure that the overall result has some kind of balance. As the AFR is a weekly puzzle, there’s more scope in this area as in theory solvers have lots of time to work things out. However, a setter can go overboard in this area, as regularly happens with the Sun-Herald‘s cryptic crossword, written, I believe, by Russel Jessop based on his father’s (Noel Jessop) collection of clues. The result is a strange mixture of clues and some really obscure answers, including some that only appear in Chambers. Here are some answers from last week’s crossword: ONAGERS, DYAK, AMERCED, YESKS, and THEA. Martin Smith wouldn’t like this crossword at all!
It’s not uncommon for the odd solver to complain about something I’ve done, often, I think, they are annoyed they couldn’t work out an answer without help, but this post had more to it. The poster listed their age as 26, and I started to wonder whether this person might be considered part of a modern-age group of solvers, with their main tool a mobile phone or tablet. I imagine the modern solver to be time-poor, keen to finish the crossword in one sitting – none of this take all week to solve it or chip away at it for a number of days. This would explain the lack of patience in working on the wordplays to find answers. They also have various online and maybe app tools available to look things up or find a list of possible answers through letter pattern-matching software. This would explain the use of “spellcheck” as a word-guide and the “cheating” that the poster felt they needed to do to get the answers. It’s also possible they grew up solving crosswords that had clues with poor wordplays and most of the answers were derived from definitions alone. Don’t get me wrong here, I’m not criticising the poster’s approach, just that it seems the modern solver thinks of cryptic clues in a different way and has a different approach to solvers in the past. This is something I have to ponder and adjust to if I want my crosswords to continue to be relevant.

6 Responses to The Stickler Weekly 122 Solution