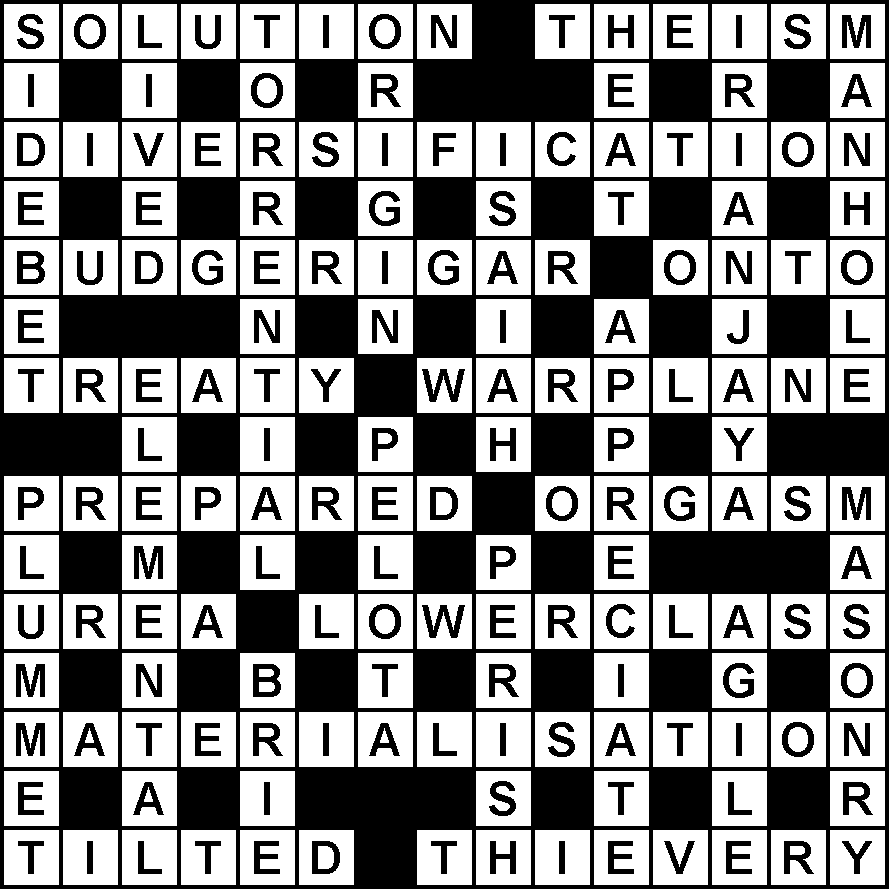 A while back a device was used in a DA crossword that caused a little discussion on the Australian Crossword Club forum. He uses many devices that I don’t subscribe to, but this one I quite like. DA first mentioned it on his blog as one he’d seen in another puzzle (like this one). Setters tend to collect devices like normal people collect stamps, except, of course, every new valid device is an extra string to our bows and another way to achieve a wordplay goal. The more we have, the easier the setting becomes. This is the clue in which DA used this device most recently: On vacation, trusty cleric arranged kids’ transport (8)* [SMH 25/3/16]. The deception here is with the term “on vacation” which appears to mean on holiday but actually means “when cleared out”, with vacation meaning the act of vacating. However, even though I’m happy with what “on vacation” can mean in a cryptic sense, I think the positioning of the indicator gives just too much for the solver to do. Here, at least, there’s a comma to maybe help indicate with the order necessary to make it work, but that’s not always a given in the modern-day cryptic. There’s an old “rule” in cryptics: ignore punctuation, but the truth is, the solver sometimes needs to do more: they have to add punctuation too, as without implied punctuation many cryptic clues don’t work properly.  I constantly talk about the need to look after the solver, otherwise wordplays will have only a minor role in the solving of clues. Just imagine reading through a clue where, in theory, there could be a comma at the end of every word, changing the structure of the wordplay. Nightmare. A solver who is constantly going back after finding the answer and spending lots of time unravelling wordplays is being dudded by the setter. Back to the clue. The solver has to realise the deception in the device then apply it to fodder that follows rather than what’s in front of it as would be the natural flow. The two things together are too much for me and I doubt this wordplay would be sorted out in the build-up to finding the answer.
(* anagram of (T)RUST(Y) + CLERIC = TRICYCLE)

3 Responses to The Stickler Weekly 126 Solution