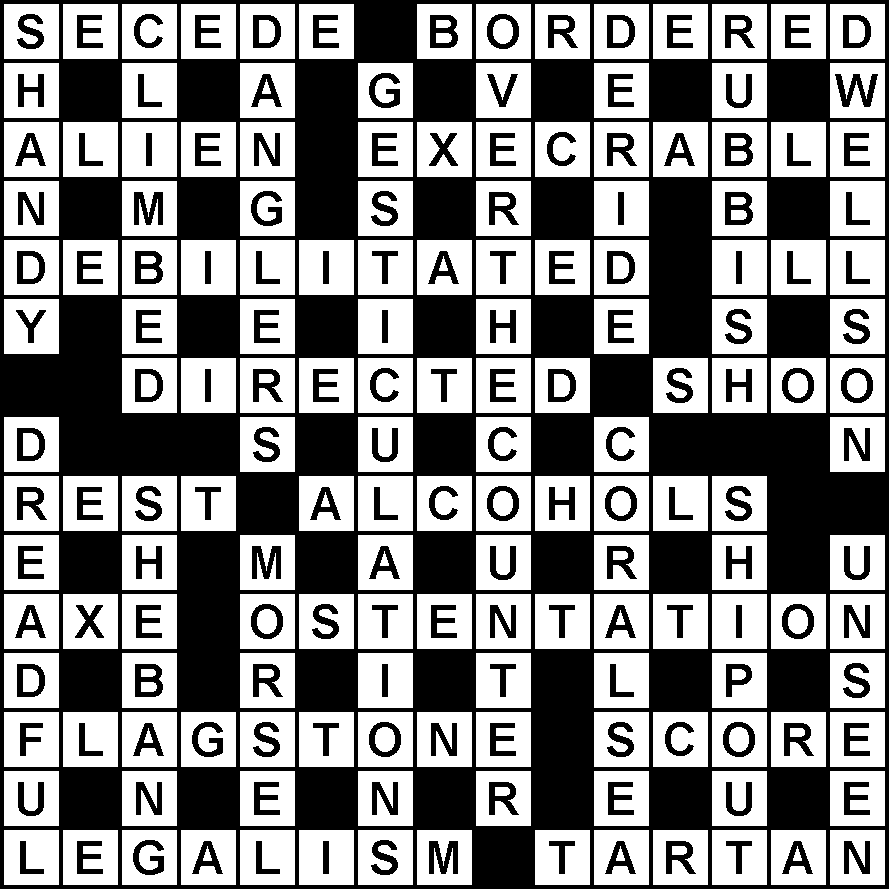 I’ve talked before about the dangers of offending people through the content and clues of a cryptic crossword. A cryptic clue isn’t meant to be taken as a whole phrase, as it’s generally a two-part puzzle, usually presented in a seamless way. However, a clue can still impart something that people might not like even if the answer isn’t related at all to the meaning of the entire clue. Regular solvers usually look past this, but casual readers may not understand the workings of a clue and take it the wrong way. Similarly some words trigger negative responses in their own right, in both clues and as answers, so setters try to steer clear of obvious sensitive words. Setters often write their crosswords weeks, sometimes months, ahead and don’t have control over unforeseen events like deaths or disasters, and so can fall foul of readers through unlucky timing.
Last Friday, David Astle included a number of detention centres in his cryptic, what we setters would call a theme crossword. In this case, one answer is referred to by a number of others. There are lots of other types of theme crosswords, but this style is a common one and can be applied to everything from movie characters to former PMs to ingredients in a recipe. A letter appeared in The Age the following day (“No basis for a game”) criticising David Astle for his theme, especially considering the related events that were reported in the news that week. I think it’s important to note that apart from a reference in the main clue (for DETENTION CENTRE) which had the definition “grim shelter” (which personally I think is a perfect summation), there’s no attempt by the setter to state any opinion and make any judgements – the crossword simply contains a related collection of facts. It would have been possible to include other entries and/or define answers in such a way that the reader would know exactly how the setter feels about the situation – effectively writing an opinion piece – but this wasn’t done. He could have included a hidden message, but that wasn’t done either.
Of course the use of this theme is a statement in its own right – read into that what you will. Also the theme was presumably sanctioned by the newspaper since they published it, so they saw nothing wrong with its use. As mentioned before, it’s likely the crossword was constructed and teed up for publication a long time before the publication date, so David Astle would have had no idea of what might happen during the preceding weeks, which you might say was a potentially risky approach.
A second letter appeared the next day (“Full Marks to DA”) applauding David Astle for using the detention centre theme, so I guess the use of the theme can be viewed in different ways. We will never know how many letters to the editor were for or against in this case, as newspapers print according to their own agenda, but I’m guessing most people wouldn’t consider David Astle’s use of this theme offensive. What about you?

One Response to The Stickler Weekly 129 Solution