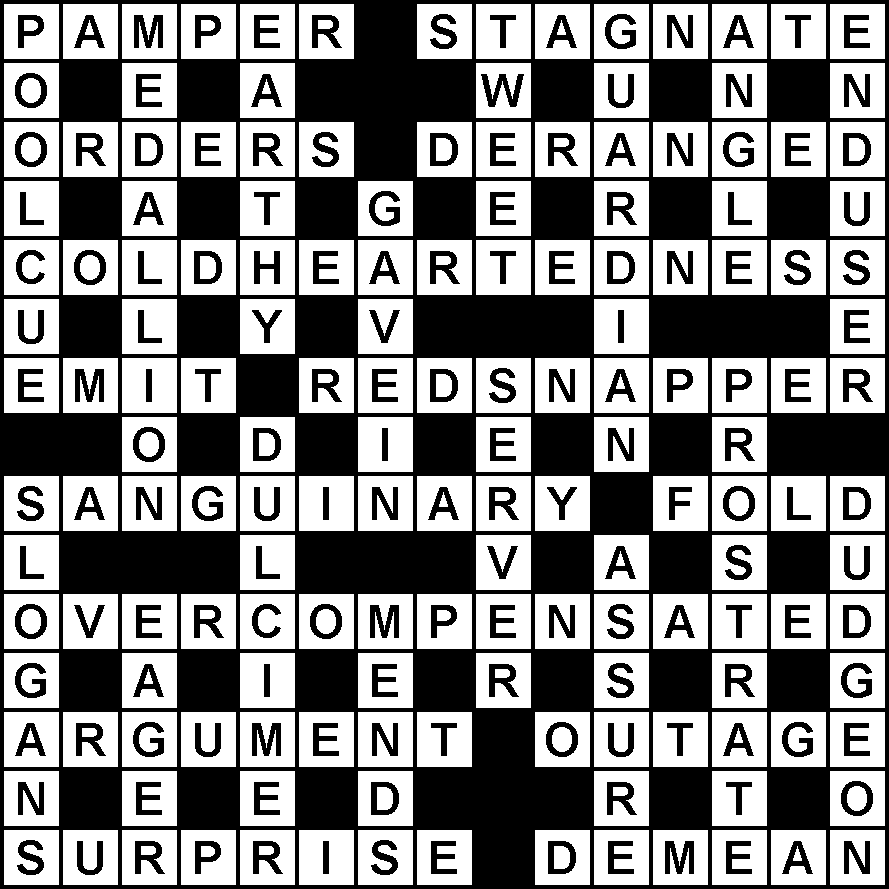 I’ve been writing cryptics for about 25 years. I’ve written for a staff magazine, CrOzworld, websites, puzzle magazines and, of course, newspapers. Along the way I’ve done crosswords for magazines that feature gardening, fishing, 4WDs and medicine. While all of these publications have editors, very few have editors or personnel with a sufficient knowledge of cryptics to challenge what I write or make suggestions about changing clues. You might think this is good for me, and in most cases, you’d be right, but I don’t think it’s a good thing for cryptics in general. A crossword editor provides a mechanism to identify faulty clues and brings consistency of style and difficulty across setters. Surely anything goes if there’s no crossword editor between a setter and the published work? Ultimately, some may say, the solvers act as de facto crossword editors through their feedback, but in my experience most solvers are reluctant to take a stand fearing that they have “missed something”. Thus, a setter may get unofficial approval when in fact a crossword editor would have intervened. That’s a dangerous trend going forward.
As you know, The Stickler Weekly, just like the newspaper version, The Stickler, doesn’t have an editor – it’s just me. I do a couple of things to self-check, like go through clues after not seeing them for a while, but I always have the solution available, so it’s just not like solving as a normal solver would. So I feel the crossword isn’t as consistent as it would be with the checks and balances that a proper cryptic crossword editor would provide. To some extent, we setters wear blinkers when we check our own work.
A few weeks ago a NZ setter, David Tossman, wrote a short piece on one of his clues that contained one definition and two anagrams. It wasn’t the clue that struck me, but his explanation of the different construction and his justification for using it:
“I think looser rules can apply with easier puzzles such as this. Anyway, restraint and parsimony being against my nature, I simply couldn’t resist the way the two anagrams work here.”
Setters can easily deceive themselves because the answer is in front of them. When they read a clue and look at the answer, of course it all works perfectly. An extra anagram works because it also provides the answer – in effect giving the solver more ways to get there. But is that how the solver sees it? I suspect not, as the setter hasn’t indicated what’s going on. The solver would have every right to assume the entire wordplay leads to a single answer, as it does in 99.9% of cases, so the extra bits just add confusion, IMO. While the setter was aiming to provide extra wordplay to make a clue easier, they may in fact have just complicated the issue. The same applies to triple definitions – not good setting, just extra content that could cause confusion. All well-intentioned but executed with a bias eye.

10 Responses to The Stickler Weekly 134 Solution