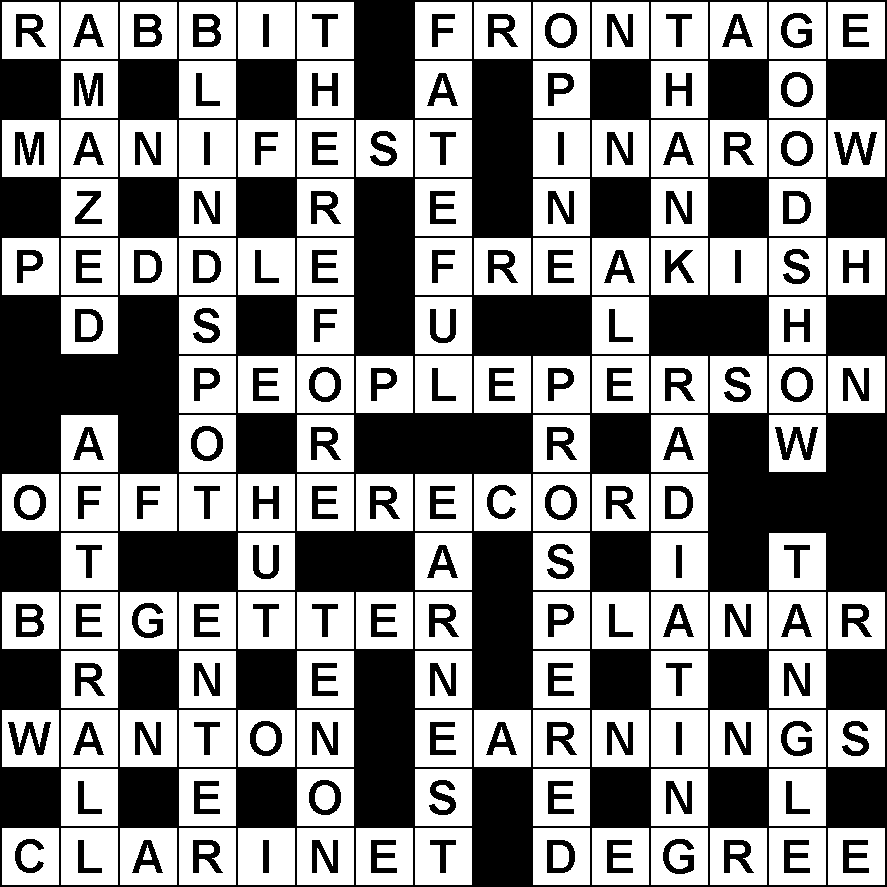 The consolidation of print media and the rise of internet news services has led to reduced outlets for cryptic crosswords – we all know that. One crossword can now service a stable of newspapers and an online site can have just a single cryptic for world-wide consumption. The demise of The Stickler had me scratching around for alternative outlets, one of which was The Guardian, a UK-based paper that launched an Australian website that actually employs Australian staff in Australia. Online news means that you can keep your core business and add components that cover news specific to a particular country or region. The owners of The Guardian have done this for Australia, the US, “International” and of course its homebase, the UK. I thought adding Australian content would be a priority, and therefore sent multiple emails asking them to consider an Australian Guardian cryptic for the website. I didn’t get a reply. It seems they believe their crossword section is covered by their regular setters, however, Guardian crosswords are still very English, and wouldn’t attract any more solvers than their UK site where the crosswords are freely available.
The other day I noticed that another English institution, The Spectator, has an Australian online version and I keenly went looking for the crossword section. Again, I think they had a great opportunity to add genuine Australian content, but chose to rely on their UK offering which has limited appeal here. If you believe a crossword like The Stickler Weekly has a place on The Guardian Australia website, drop the editor an email and let her know:
Lenore Taylor
Other Guardian contacts are here.

If you think The Spectator Australia could do with an Australian cryptic crossword, drop the editor an email:
Rowan Dean

A while back I was reading an article on the Australian version of The Huffington Post, which is what’s called a news aggregator. That is, there’s no printed version, just an ordered collection of news items from the internet. Most countries have a version of The Huffington Post, and Australia’s one has quite a few people working on it. This is quite different from the print-turned-online publishers, as the result is a tailor-made feed which some local comment (in the form of blogs) thrown in. It occurred to me that recommending a cryptic crossword to solvers would be an easy thing for such a site to do as pointing to other people’s work is largely what they rely on. I contacted the CEO in Australia, Chris Janz, who I knew through his News Ltd online work, and asked him to consider giving The Stickler Weekly a plug. He responded positively, but I’ve heard nothing since.

Maybe you’d like to suggest the Australian Huffington Post add a link to The Stickler Weekly? Here is his email address:
Chris Janz

Thanks for your support.

One Response to The Stickler Weekly 138 Solution