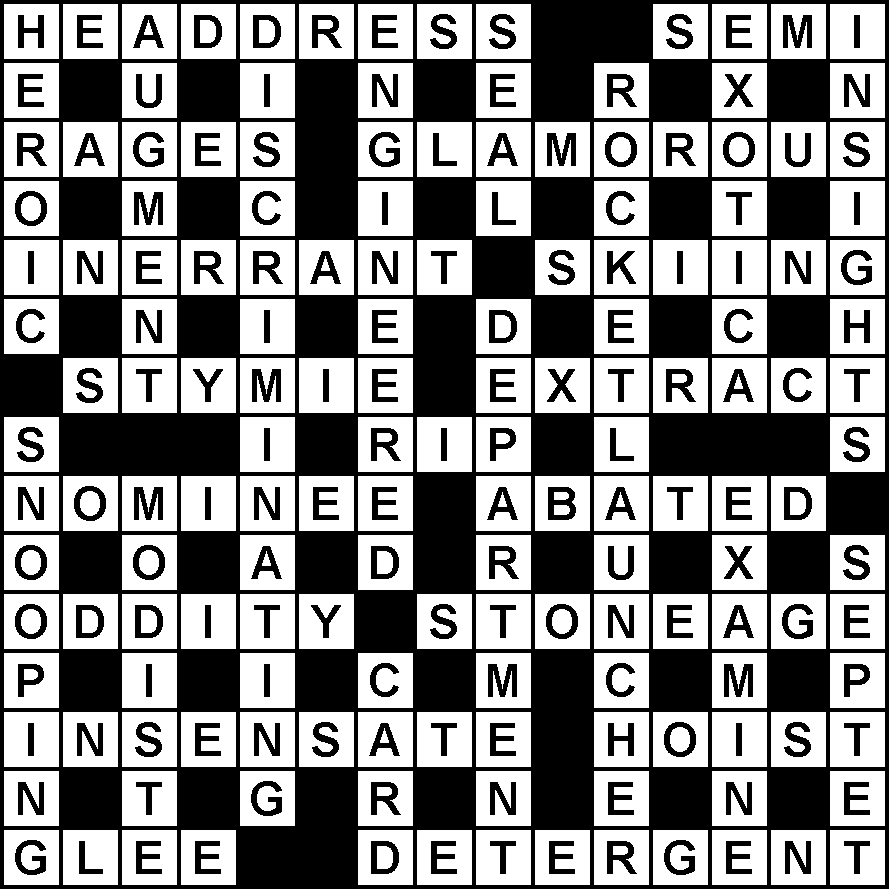 A former member of the ACC, Gizmo, told me a story once of his attempt to be included on the roster of setters of a well-known newspaper group, or at least, to join the list of those waiting in the wings. His contact at the newspaper group passed a sample from Gizmo onto some incumbent setters who completed the puzzle and responded with comments. On the whole the feedback was positive but a number of negatives were pointed out. Among them, and apparently mentioned by all those who tried his puzzle, was the use of “definition‘s” at the start of a clue. Such devices interest me because I believe nothing gets into a cryptic clue/crossword without at least some form of acceptance at some level by someone. That is, someone considered it OK to use, so there must be explainable justification. And there is. The question, though, is how complicated is that explanation and how hard would it be for a setter to explain or a solver to deduce? Any difficulty, IMO, kills a device for me. Some such devices have become ingrained and accepted, others that are actually OK, like this one, get pooh-poohed due to lack of understanding. Here, the “‘s” isn’t possessive but an abbreviation for “is” or “has” (definition is/has), the latter I don’t like as a linker but still it can be interpreted that way. The “‘s” topic popped up on Derek Harrison’s Message Board but solely when used as “has” in wordplay to join components. You’ll notice its use this way was not universally accepted, but ultimately (after a bit of effort) an example was found to justify its use in this manner. (I don’t like it from a grammatical point-of-view, so I don’t use it). It’s the unobvious nature of this device when used in the wordplay part that makes it questionable for me – just imagine trying to explain it to a newbie. Of course, if you see it used often enough it becomes acceptable even if not fully understood, but that makes it deficient IMO. In the case of Gizmo, the setters who attempted his sample cryptic clearly hadn’t understood how “definition‘s” worked, and even though it’s perfectly acceptable as a substitute for “is” and “has” at the start of a clue, they flagged its use as faulty.

One Response to The Stickler Weekly 142 Solution