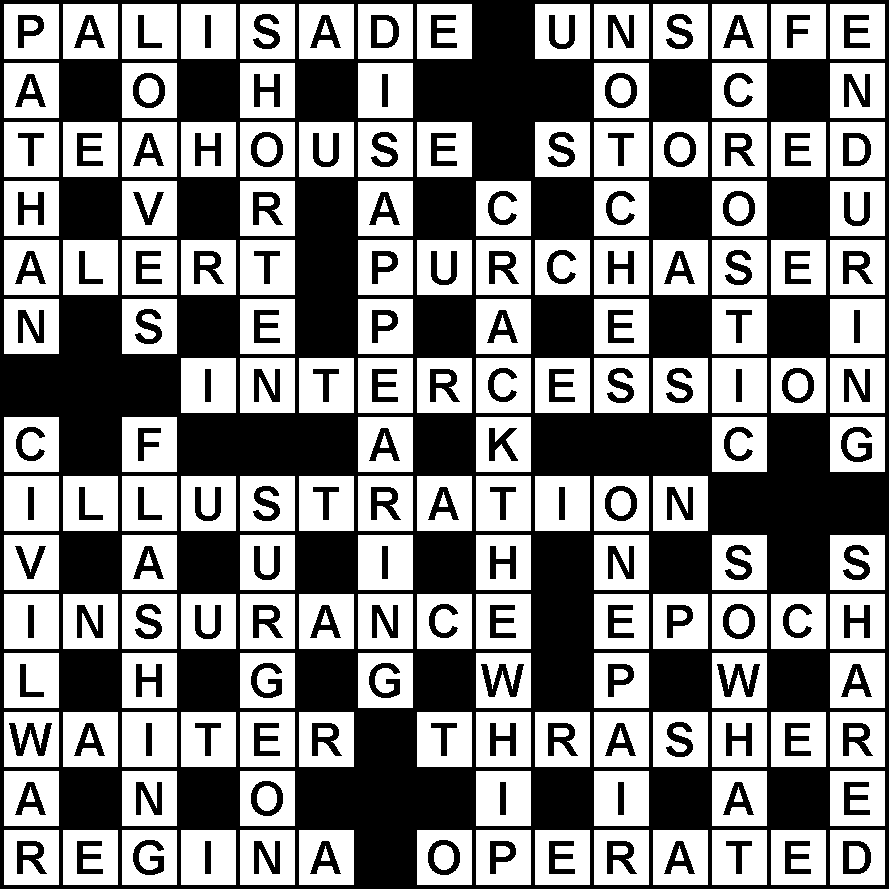 A couple of weeks back I have to admit a wry smile came across my face when I read a quick comment by Steve Ball:
“1-ac had me stumped for ages (that “in”) as did 27-ac. Some slapping of the forehead followed.”
This was from The Stickler Weekly 163: Area in front of courthouse featured in show (8) [IN + (C)OURTHOUSE] inside PROVE, giving PROVINCE.
The “in” that caused Steve trouble is strategically positioned to potentially trip up solvers as it is commonly used as a linking word. That is, Definition in Wordplay. There are a number of linking words like this, most of them short: BY, FROM, IS etc. I have a special fondness for short words that normally provide sentence structure and not much else in everyday language, as these are often ignored by solvers as a matter of course. We are conditioned to pick up key elements of sentences and to overlook the inconsequential words even though, as solvers, we know great care must be taken with every element of a clue. Little words such as AT, TO, IS, AN, ON, OF, OR, IN and SO often appear in ordinary words, in fact, these ones appear as whole words in more than 20 words in this paragraph alone (up to this point). For this reason, I intentionally hunt them out and try to use them (often “in the clear”) in my clues. The more a clue looks like ordinary language, the better chance a solver will read it as ordinary language, and the more chance a vital piece will be initially overlooked. I like economy, so all components should have a role, and generally I won’t use a linking word unless I really have to. Always check the clue help as sometimes where I’ve used common little words that look insignificant, but actually have a role, I’ll flag that “nothing is wasted” in the clue hint for that clue.

7 Responses to The Stickler Weekly 165 Solution