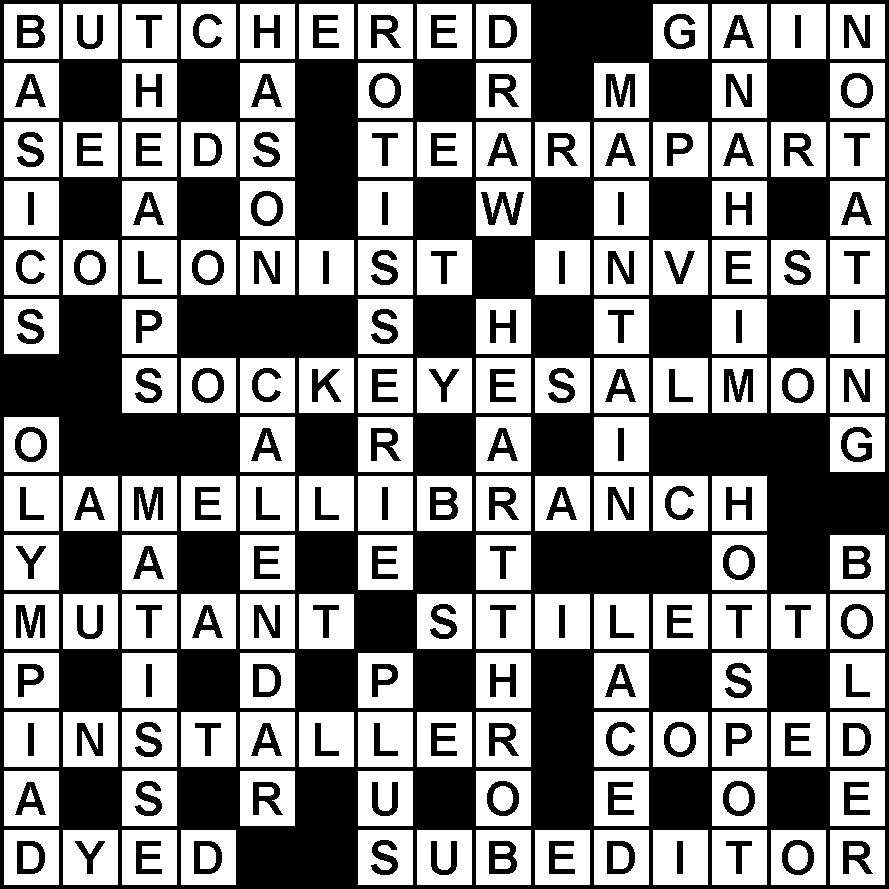 On the odd occasion a solver may say that an answer is obscure. I realise that this is an opinion, unless it’s backed up specifically by a dictionary entry, however, I’d like to tell you little about what I think is obscure. First, it’s nothing to do with the words that I know or have heard of – I have a limited vocabulary and would very quickly start repeating myself if I had to rely on it for grid filling. Second, I have to rely on references to guide me – there’s no other way.

For me an obscure answer is one that is:

Note that definitions (and wordplays) in clues can be qualified in order to use some of these obscures words. For example, “before in poetry” would be “ere”.
There’s an imperfect way to judge the suitability of a word that I might be undecided about using, especially when multiple spellings are in play: do a simple Google search. The number of hits of the different spellings will soon tell you what’s most popular although there’s a US bias on the web that must be considered.
I tend to stick to concise dictionaries when writing daily cryptics but will expand to full dictionaries when writing weekly cryptics. I generally know when a word or term isn’t widely used in everyday conversation, so, if I use that as answer, I’ll endeavour to write a straightfoward clue.
Same rules apply when using uncommon meanings of words in clues. Meanings must be backed up by more than one reference and regional differences come into play here.
In this crossword LAMELLIBRANCH caused some discussion: it appears in all my major references as well as all my concise dictionaries, so I felt OK about using it, especially as key letters in the answer were obtainable for crossing answers. It’s not an exact science but including words that not everyone knows is inevitable and necessary to create a balanced crossword with variety that presents a challenge for all.

3 Responses to The Stickler Weekly 173 Solution