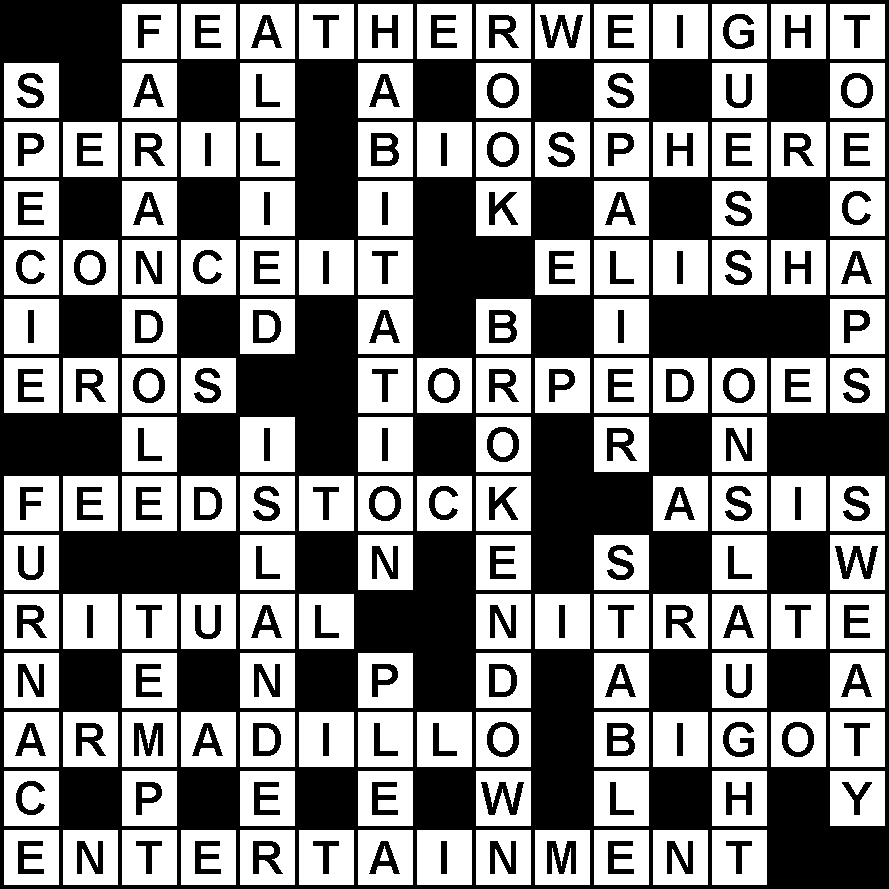 As a professional setter, nothing is more important to me in a clue than the definition. Let’s face it, a clue without a reasonable definition is no clue at all. Even if a wordplay is clunky or convoluted, having an unambiguous definition gives the solver more than half a chance. That’s why, for instance, a definition that is an example of the answer isn’t good enough without saying so. I recently saw “breakfast” define “meal”, which, of course it doesn’t.
To me, any information included in a definition has no right being there unless it has a role in helping the solver pinpoint the answer. So “American hue” = “color” wouldn’t be right without the “American” part, and likewise “white dish” = “plate” makes no sense because “white” doesn’t contribute (even though plates may be white), or help the solver, narrow down the answer. “blue gem”, on the other hand is totally appropriate for “sapphire”, even though “gem” by itself would work just as well.
Here’s a clue from a local paper: “She objects to a qualified examiner (9)”. [PRO + TESTER]. When I see “she”, my mind goes to answers that must be female, possibly an actual person or something more generic that ends in “ess”, for example. There’s no reason, more, it’s erroneous, to define an answer as having a gender when it doesn’t. Maybe it’s a way of promoting one sex or the other, and that’s fine when appropriate, but here it just confuses solvers and is wrong.

What do you think?

3 Responses to The Stickler Weekly 182 Solution