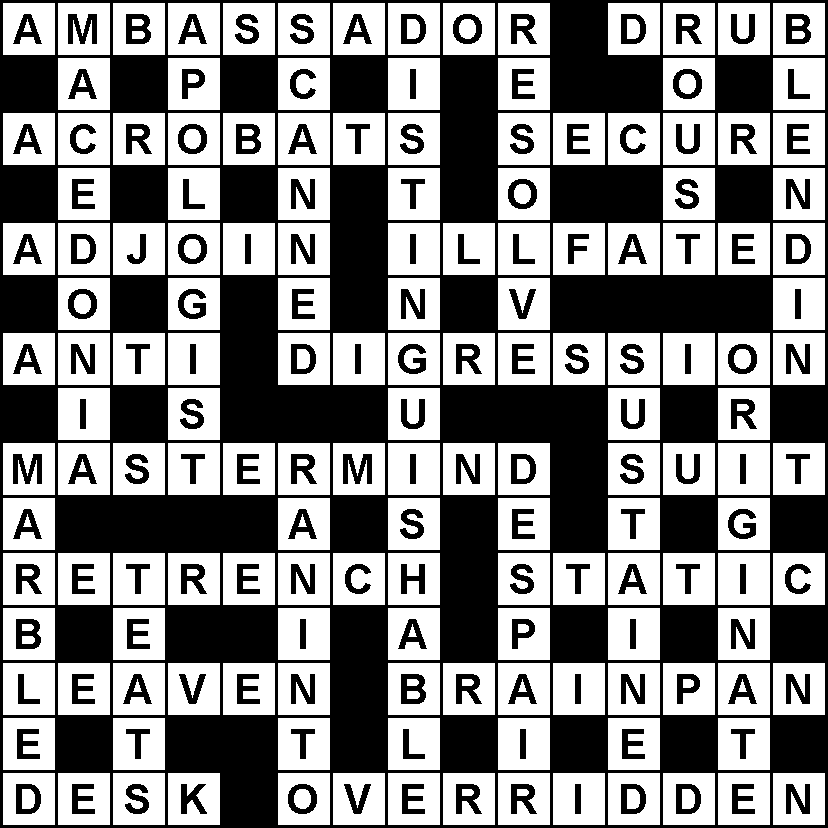 A solver emailed me saying they really liked 24-across in this puzzle. If you’ve solved many Sticklers, you’ll be aware that I love anagrams involving subtraction. Wordplay for such clues always require appropriate anagram and subtraction indicators, offering a setter multiple ways to come up with good surface readings. They can cause division though – should the letters to be removed be contiguous in the anagram fodder? Some say yes, but I view anagrams as letter mixtures, and can’t see logically why letters need to be removed as a unit. After all, composite anagrams, where abbreviations of a word or words must be combined with other anagram fodder to work, treat the process as letter-based, so I can’t see a lot of difference. I also would like to claim that the increase in subtractive anagrams in cryptics worldwide is largely down to me, as one of the best crossword programs out there, Crossword Compiler, contains an anagram function that makes spotting and creating them fairly easy, and I suggested its inclusion.

One Response to The Stickler Weekly 2 Solution