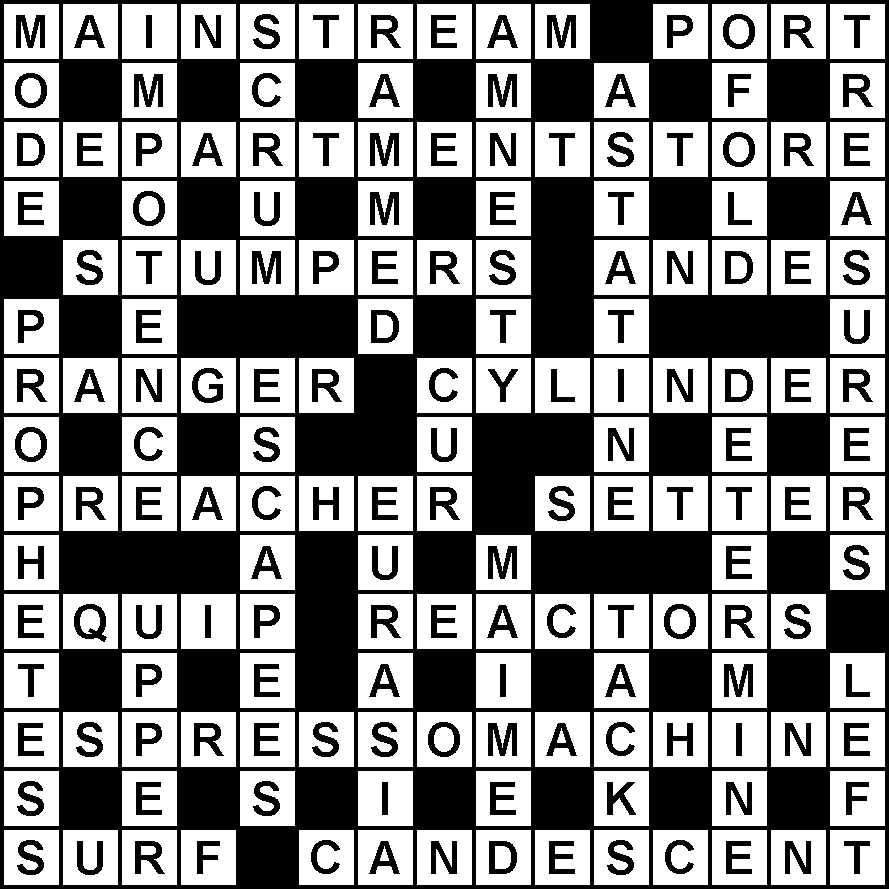 A regular contributor to this blog asked me about 2-down, Dysfunctional topic men dislike ultimately? (9), a type of clue known in the trade as an &lit. This translates to “and literally”, and refers to the duplicity of the clue which represents the definition and wordplay at the same time. &lit clues are strange animals as they fit the standard “two ways to the answer” cryptic clue profile, but don’t actually include anything that tells the solver what’s going on. In American cryptic crosswords, an “!” must be inserted at the end to indicate an &lit clue, but some see this as giving the game away, so it hasn’t been universally adopted. A question mark at least is required IMO to indicate that something different is going on. A poster in a crossword newsgroup once suggested that an &lit could easily go unnoticed as it may appear to be just a so-so cryptic definition. I think this is probably true as cryptic definitions are common in the modern cryptic crossword and a solver may not think to look beyond the definition aspect of a clue. Good, true &lits are relatively rare. They come about usually through the normal process of trying to tie in the definition with the wordplay, which should be a setter’s goal for every clue. It’s common to find something in the wordplay that links with the definition, but much less common to find that the wordplay can be manipulated to form a viable definition that stands up in its own right. A much more likely scenario is the creation of a semi-&lit clue, where the wordplay is added to in order to make a viable definition.

So how did I create 2-down? The same way I create most clues:

In this case I had chosen (anagram of MEN and TOPIC) + E, and that would work well with just about any definition available, so my next task was to pick an anagram indicator. It was during this process that I realised the potential of the clue and actively set about looking for a suitable indicator and fitting “E” in some way to the end. Note that this type of thing (identifying the possibility of an &lit) happens relatively regularly but making it work isn’t easy and can take a lot of unrewarded time, so rather than ending up with something dodgy, a standard cryptic clue would be the usual result.

At one stage in my setting career I believed it wasn’t possible to intentionally set out to create an &lit and to some extent I think this is still true, however, as you can see from above, opportunities do arise, and perhaps with a great deal of persistence, something resembling an &lit could be created.

One Response to The Stickler Weekly 50 Solution