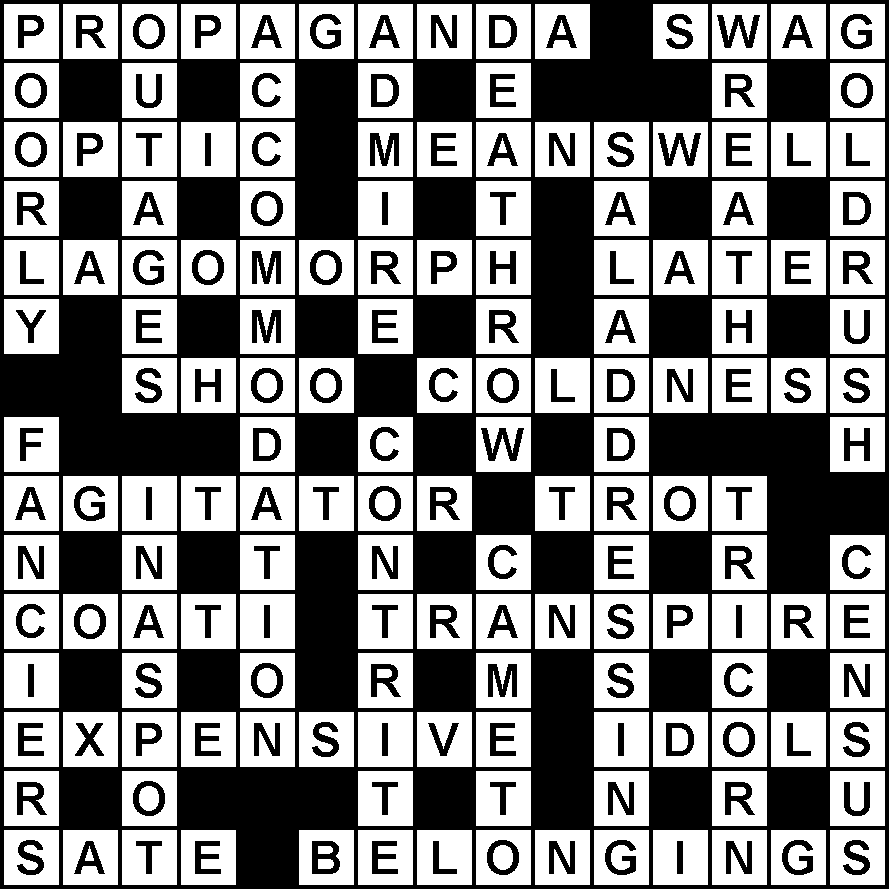 I sometimes get asked about how I come up with clues like 15-across: Central feature of ice age? (8), a clue-type called an &lit (and literally). It must be remembered that a good setter will always approach the writing of any clue with the intention of creating a (seamless) link between the definition and wordplay. That is, once the definition has been explored, the job of the setter is to hunt out wordplays that can be tied in with an appropriate definition. For example, in 9-across, Surgical procedure dealt with twitch connected to the eye (5), a plausible story is told with the wordplay which is then connected to the definition. Since this mindset is in play in every clue, it’s not unusual for potential &lits to surface, but it is relatively rare for a true &lit to be the end result – it’s much more likely that the &lit potential turns into a standard two-part clue with good surface reading. As the whole clue must double as both definition and wordplay, it takes only a small misfitting to knock the &lit on the head. I’ve lost count of the times I thought I had a chance of constructing &lits, and wasted a lot of time pursuing them, but most times they end up just missing. A good setter will resist the temptation to use an inappropriate or non-anagram anagram indicator or the like just to make a clue work. A near &lit is just another poor clue.
In the case of 15-across, it started in the normal way with the identification of possible definitions (you must have something to work towards) and exploration of what could be used in the wordplay. “oldness” stood out as a potential wordplay piece, and “age” surfaced as a suitable synonym. Without any idea of &lit potential, I searched for words containing “c” that naturally precede “age”, and came up with a list including “ice”, “school” and “space”. It was at this point that I realised “ice age” ties in nicely with “coldness” and the &lit clue was born. Note that if I couldn’t find a way to indicate the “c” in “ice” appropriately the clue simply wouldn’t work. A number of things need to happen and I must say I love it when they do.

2 Responses to The Stickler Weekly 82 Solution