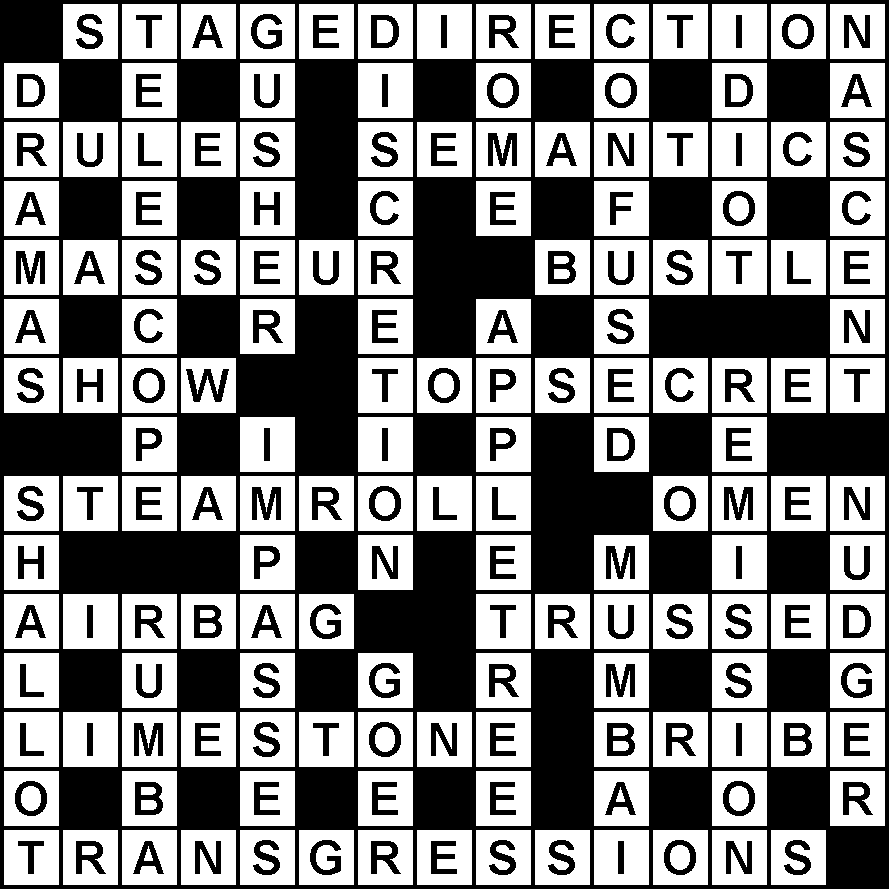 There are a number of elements to any cryptic clue including:

I’m staying away from “fairness” as you all know I don’t believe it actually exists in a cryptic clue.
Of the elements above it’s important to realise that some can’t exist without the others. For example, if a clue has a faulty construction it can’t be elegant and its surface is meaningless no matter how well it reads. Elegance and surface are end-products of a clue that materialise when all the pieces of a clue properly fit together. I don’t think it’s possible to consider these two elements in their own right – they must be viewed in conjunction with the other elements. Recently I noted a comment on a crossword blog regarding this clue:

It stated that the surface was good. If you read the clue as is then maybe it seems Ok. My analysis of the clue finds that “slammed” isn’t a reasonable anagram indicator, “novel” is but its positional use is inconsistent with the use of “slammed” in the clue and “forced” doesn’t mean “thrown into” (in the context of the clue “forced” might equal “thrown”, but not “thrown into”). To me, the clue is faulty which totally negates the surface reading. Obviously the poster of the comment was happy with all aspects of the clue, which, of course, is their prerogative.
I think it’s fair to say that some clues are more about style than substance and the surface reading of a clue can misguidedly drive a setter into creating a clue construction that could be better. You’ll often know when a setter is uncertain of what they’ve done – a “?” will be added in a situation that seems not to demand one. My goal is to get the clue right technically and add some polish to make it read decently. If the clue won’t come to the party and allow both aspects to coexist, then it’s time to rethink the entire thing.

2 Responses to The Stickler Weekly 86 Solution