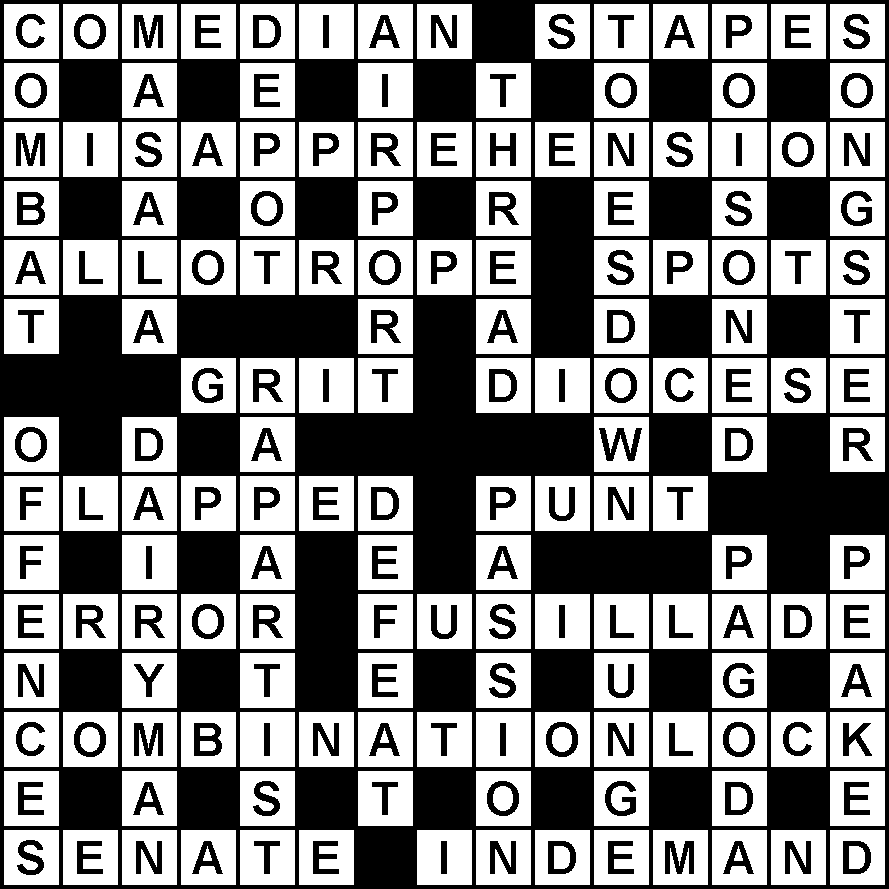 I was doing my regular scan of the Net looking for interesting cryptic things when I came across an article about an English setter, Philistine, who had been talking cryptics on a radio program. He had put together a puzzle for all to follow and included some clues from other distinguished setters. One of these clues caught my eye: Primarily, inflammation in mother’s breasts (8). [MASTITIS: (I)nflammation inside MA’S TITS, an ] It’s a brilliant clue that caused me to laugh out loud. What’s really interesting though, is the context: it was written for the audience of a BBC4 radio program. I’m not entirely sure, but I doubt this clue would be allowed in all UK publications. What makes it acceptable, perhaps, is that it was written by a woman, Sarah Hayes (Arachne in the Guardian), removing the sexist tag it would no doubt receive if a man wrote it. Such liberties of language are generally allowed in cryptics as much is covert and the product of the setter’s/solver’s workings rather than something in your face. There’s no way BREASTS = TITS would be allowed in any other types of crossword, yet here I think it would be generally admired. I would be happy to include it in my old Stickler in the DT, but probably not include it in my AFR crossword. The SMH/Age has a rule about including diseases and the like, so it might not get through no matter how good the wordplay.
I like the freedom that cryptics offer in this area but it’s unwise not to give considerable thought to what is included in clues as we tend to live in a world that is easily offended.

A type of clue where the WHOLE clue defines the answer, and the WHOLE clue also is the wordplay (a mechanism to derive the answer through various cryptic devices). "&lit" is short for "and literally".

To qualify as an &lit, a clue must have no unused components either in the definition or the wordplay - it must be readable one way as a definition, and another as the wordplay.

One Response to The Stickler Weekly 101 Solution